It is almost identical to the changes made with the iOS 13 Public Beta 4 download series, which we can show as the public version of the beta 5 release for developers. So this version corresponds to the beta 5 version we saw the other day. Let’s talk about the features.

No significant changes were made with this release. Overall, we’ve seen system improvements and battery condition improvements. Still no small changes. The biggest change is the FaceTime sounds. Both the notification sounds and the input sounds are changed. We also see changes to some icons. In general there is an arrangement.

In addition to this, we see that the battery health monitoring application is updated with the full version. So the beta process of this application has been completed. We have already mentioned these in the iOS 13 beta 5 version of the developer. Apart from these changes, let’s add that users may face some problems at the moment.

In particular, after the iOS 13 Public Beta 4 download, a warning has been added that the display time application data can be reset. Apple has made a note on the release notes. Let’s add that there may be some different problems because the update is around 600 MB.

Although it is more successful than iOS 13 Public Beta 3, do not expect a stable operating system. To review all the features that came with this release, please see the details of the developer version we shared on the link below. 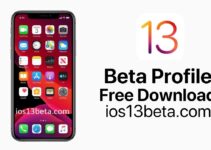