iOS 15 beta 3 profile download link. If you want to put yourself in the beta of the iOS 15 operating system, an option for Apple developers is already available. There is also a public beta version of the system for everyone.

To download the iOS 15 developer beta, you need to join Apple’s developer list and pay to do so. This version gets updates and new functionality before the public version, which gives you an edge.

Or you can put iOS 15 in public beta, it might be more stable.

If you want to ship the final version, it will most likely come out in September along with the iPhone 12S.

Not all iPhone models will support iOS 15. It cannot be installed on versions older than iPhone 7. This applies to both the beta and the final version.

If you have a compatible iPhone model, here’s a step-by-step guide to installing the iOS 15 beta profile. The public beta will be described first, followed by the developer beta.

Getting the public beta

Getting the public beta is easy and requires an Apple ID. Back up your data and apps before doing anything. Public beta releases are generally more stable than developer releases.

However, even when installing them, there is a risk of losing data.

To download the public beta version of iOS, you need to join the Apple Beta Program. The process is free, you need to have an Apple ID account to register.

Go to beta.apple.com and click Sign Up. You will need to enter your Apple ID and sign up for the program, and accept an agreement describing the risks.

Back up your iPhone

It is recommended that you back up your device before installing the public beta or developer version. In this case, you can restore settings, applications and data if something goes wrong during the installation process.

In the beta version of the system, there may be bugs or other problems in the work, which testing is intended to solve. If you come across them, there is a chance of data loss.

Include iPhone in testing program

Return to the Apple Beta Program website https://beta.apple.com/sp/betaprogram/ and click Get Started. You will be taken to the beta program’s manual page.

You need to go to it from the iPhone where you will install the beta version.

You will be taken to the page for the desired operating system, which mentions the need to make a backup. Follow the link https://beta.apple.com/profile to install the configuration profile.

When you’ve downloaded the beta configuration profile, it will appear as a new option in the settings for installation. Click on it and follow the instructions on the screen.

Once you’ve installed your new beta profile, open Settings> General> Software Updates. There will be an option to download and install the beta version of iOS 15. Click Install. You will then have the public beta of iOS 15 installed. Stay tuned for new beta versions with additional functionality.

Getting the beta for developers

You must be a member of the Apple Developer Program to access the developer beta. To join as an individual, go to https://developer.apple.com/programs/enroll/ and follow the instructions.

Need an Apple ID and personal documents, and pay around $ 99 a year.

Back up your iPhone

As with the public beta, it is recommended that you back up your iPhone before installing. In this case, you can restore settings, applications and data to the stable version of iOS if something goes wrong.

To get Apple software before its official release, you need to download the profile to compatible devices. Go to developer.apple.com/download and follow the instructions there to download the beta profile.

Click on the hamburger menu in the upper left corner, in it select the “Download” command. Scroll down until you see the iOS15 Beta. Click Install Profile. The file will be downloaded to your device, you need to launch it manually.

Once the profile is downloaded, open Settings> General> Software Update. Click on the selected profile.

Hint: you can see the downloaded profile in the main system preferences window. When pressed, you will be taken to the “Profile” submenu.

Once the iOS 15 beta profile is installed, stay in settings. Go to General> Software Updates. If you follow the steps below correctly, you will see the “Download iOS 15 Beta” option. It’s almost 5GB in size, so it’s best to download with your iPhone plugged in.

Reboot the device and the beta version of iOS 15 will be installed on it. 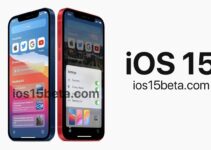